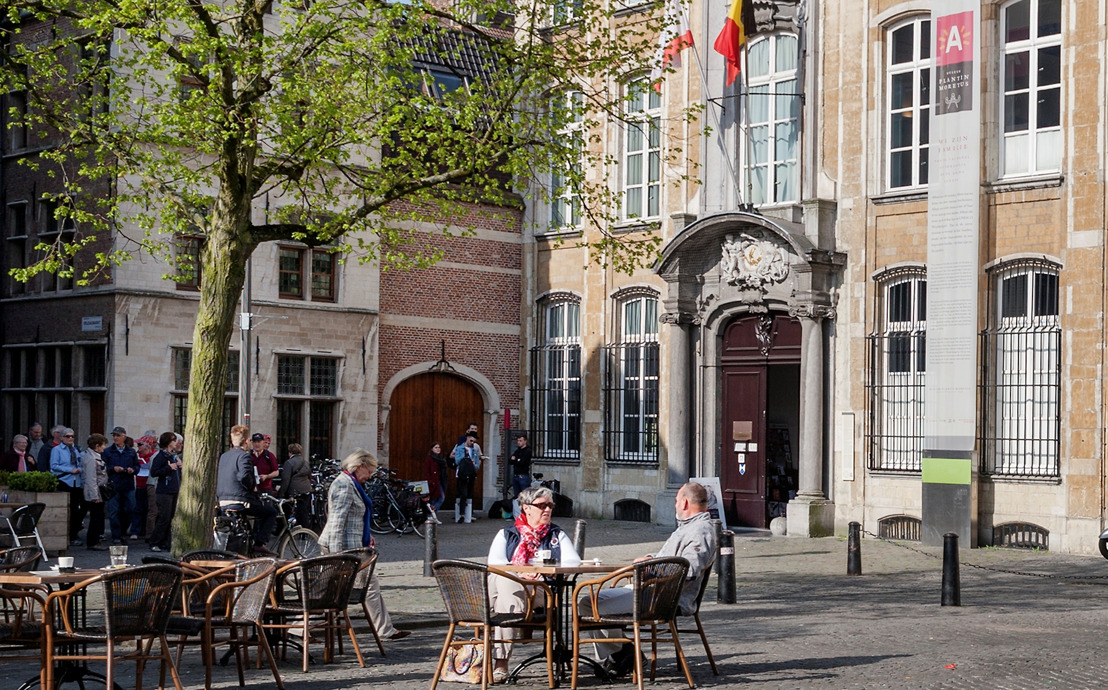 Christoffel Plantin was originally from Saint-Avertin, near Tours in France. He settled in Antwerp around 1550. His publishing house grew into a multinational with branches in Leiden and Paris. With the multilingual bible Biblia regia he was able to convince the Spanish King Philip II of his high-quality printing and was given the privilege of exporting liturgical works to Central and South America. He was the founding father of the Plantin - Moretus publishing dynasty. ‘De Gulden Passer’, the family home and printing works on Antwerp’s Vrijdagmarkt, was in the family for nine generations.

Up until 140 years ago, that is. In 1876 Edward Moretus Plantin sold the whole site including household effects and archives to the city of Antwerp so that it could be turned into a prestigious museum. In this museum the visitor finds out how significant this Antwerp publisher’s has become, right up until the present day. It isn’t for nothing that the archives are recognised as Memory of the World and the museum as UNESCO World heritage.

Meet the revolutionary publisher Christoffel Plantin, his family and acquaintances

Downstairs the visitor meets the multifaceted Plantin as a family man, manager, businessman and printer of quality printed matter. In 1555 Plantin established one of the largest printing firms, the Officina Plantiniana. It was a successful book business which set itself apart from the competition thanks to its quality in relation to both form and content. His company was a family firm and his daughters got involved from a young age. Plantin was a shrewd businessman and a good manager. With the sale of lace, globes and maps he spread out his risks and was able to stand his ground in turbulent times.

Plantin was the favoured publisher of scientists and humanists. He challenged them to publish better and more accurate scientific works. It was on the Vrijdagmarkt that Kiliaan laid out the basis of the Dutch dictionary and the Dutch edition of Valverde meant that ‘barbers and surgeons’ were kept up to date with developments in medicine. Maps by Ortelius were sold and publications by Lobelius, Dodoens and Clusius gave botany a real boost. In the ‘Tiende’ Simon Stevin argued in favour of the decimal system and centuries later this work inspired Jefferson when designing the dollar.

A printing press that shaped the world

Upstairs the focus is on the publishing house thanks to which Plantin and his descendants put Antwerp on the map. The main achievements are divided up into four themes - language, science, religion and people and society. The biggest authors and scientists found their way to Antwerp’s Vrijdagmarkt and Plantin was able to spread their ideas throughout the world.

The layout of the exhibition places 10 major exhibits in the spotlight, real best sellers which made their mark on history. Just think of Ortelius’ maps or Stevin’s mathematical works.

Plantin was a trendsetter when it came to design. He created a new market for books illustrated with refined copperplate. The Frenchman introduced variety to elegant French typefaces in the Southern Netherlands, such as the Garamond. Today, this typeface can be found on every computer. With his childhood friend Peter Paul Rubens, grandson Balthasar developed the lay-out of the Baroque book.

More to experience, think about and do

Visitors get to experience even more by standing behind the counter of the old bookshop or leafing through books. Residents and collaborators are really brought to life thanks to the Antwerp Museum App. Ticking clocks, creaking floorboards and lighting effects heighten the atmosphere and soundscapes and cinematic interventions make the experience of the house and the printers even more dynamic. A museum guide provides an in-depth explanation of the ins and outs of the Officina.

Families can really immerse themselves in the printing trade as they dress up for a colourful photo at the printing press, or print a page under expert guidance. Placing letters in mirror writing is harder than it looks and folding a booklet proves a real challenge. Adventurous families can even have a go at the family game in which you try to work out who murdered Balthasar I!

The Plantin-Moretus museum is closed until 30 September.

There will be extended opening hours during the opening weekend on 30 September, 1 and 2 October