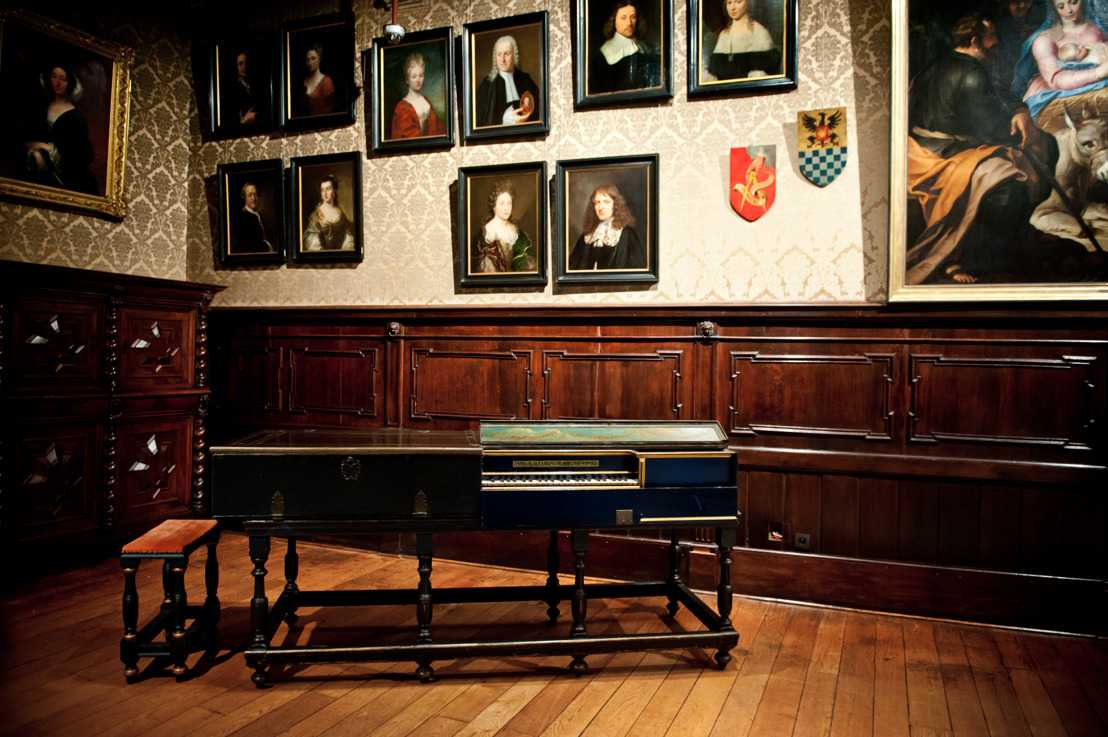 Christophe Plantin was originally from Saint-Avertin, near Tours in France. The sixteenth-century publisher settled in Antwerp around 1550 and ran his business like a modern CEO. His publishing house, the ‘Officina Plantiniana’, grew into a multinational with branches in Leiden and Paris. With the multilingual bible, the Biblia regia, he was able to convince King Philip II of Spain of the quality of his printing, and was given exclusive rights to export liturgical works to Central and South America. He became the founding father of the Plantin-Moretus publishing dynasty. ‘De Gulden Passer’, the family home and publishing business on Antwerp’s Vrijdagmarkt, remained in the family for nine generations.

Up until 140 years ago, that is. In 1876, Edward Moretus Plantin sold the whole property, including its contents and archives, to the city of Antwerp so that it could be turned into a prestigious museum. Here, visitors right up to the present day have been able to discover how important this Antwerp publisher was. The archives have rightly been placed on the Memory of the World Register, and the museum has been recognised as a UNESCO World Heritage Site.

Meet the pioneering publisher Christophe Plantin, his family and acquaintances

A new phase commences today. On the renovated museum’s ground floor, visitors encounter the multifaceted Plantin as a family man, manager, businessman and top-quality printer. The Officina Plantiniana was a successful book business which set itself apart from the competition through quality of both form and content. It was a family business, and Plantin’s daughters became involved from an early age. Plantin was a shrewd businessman and a good manager. With the sale of lace, globes and maps, he spread his risk and was able to stand his ground in turbulent times.

Plantin was the favoured publisher of scientists and humanists. He challenged them to publish better and more accurate scientific works with him. It was on the Vrijdagmarkt that Kiliaan laid the foundations of Dutch lexicography, and the Dutch edition of Valverde kept ‘barbers and surgeons’ up to date with developments in medicine. Maps by Ortelius were sold, and publications by Lobelius, Dodoens and Clusius gave botany a real boost. Simon Stevin argued in favour of the decimal system in his Tiende, a work that inspired Jefferson centuries later when he established the dollar.

A printing press that helped shape the world

Upstairs, the focus is on the publishing house with which Plantin and his descendants put Antwerp on the map. The main achievements are divided into four themes: language, science, religion, and people and society. Leading authors and scientists found their way to Antwerp’s Vrijdagmarkt, and Plantin was able to spread their ideas throughout the world.

The exhibition layout puts ten major exhibits in the spotlight, real bestsellers that have left their mark on history, such as Ortelius’ maps or Stevin’s mathematical works.

Plantin was a trendsetter when it came to design. He created a new market for books with refined engraved copperplate illustrations. The Frenchman introduced a variety of elegant French typefaces to the Southern Netherlands, such as Garamond. Today, this font can be found on every computer. With his childhood friend Peter Paul Rubens, Plantin’s grandson Balthasar developed the lay-out of the Baroque book.

The exhibition design is the work of Studio Caroline Voet and Leen De Brabandere, who have already demonstrated their abilities at Castle d’Ursel in Hingene. Voet-De Brabandere is an agency that is conscious of the need for sustainability and the value of a UNESCO site, and attaches great importance to the authenticity of the historic house. By involving designer Geoffrey Brusato, they have also managed to give a place to the rituals of handling a book in the museum visit. Digital media will be present, but will play a subordinate role: the book is central.

‘Our goal in this authentic, UNESCO- protected setting is to bring to life the activities of the home and workshops. The visitor takes a time machine to the 16th century, meets Plantin as a family man, manager, printer, humanist and visionary publisher and experiences how a world-class entrepreneur developed his business.’

More to experience, think about and do

The encounters with Plantin make this a very personal visit: the experiential route completely draws the visitor into the atmosphere of the house. Ticking clocks, creaking floorboards and lighting effects enhance the atmosphere. Cinematic interventions are used to give an impression of life in the home and at work. Soundscapes bring the site to life with contemporary impressions of the busy printing business, international trade, the proof-readers and the hustle and bustle of city life.

Interactive spaces offer young and old some hands-on opportunities: visitors deepen their experience by standing behind the counter of the old bookshop or leafing through books. They can dress up for a striking photo or immerse themselves in the printing trade by going through the different steps of the printing process, from carved letter to printed text. Visitors leave the museum with text that they have printed themselves. Adventurous families can even have a go at the family game in which you try to work out who murdered Balthasar I!

Books continue to play a central role, but by creating links between Plantin’s printing and the world of the visitor, by presenting surprising facts and putting a much greater emphasis on the visual, the museum captures the attention of visitors who are attracted by the house and its residents.

Occupants and workers are brought to life in an audio play on the Antwerp Museum App. Visitors hear the voices of Warre Borgmans, Bruno Van den Broeck, Robby Cleiren, Peter Van den Eede, Koen Van Impe, Lotte Heijtenis and Els Dottermans through headphones with 3D audio to draw them completely into the story.

To increase visitors’ comfort, the museum has created more rest areas, improved reception areas, better workshop spaces and a more attractive museum shop with a wider range of products. The museum’s presence on Vrijdagmarkt will be even more prominent thanks to improved illumination and signage.

The depot with the new reading room is the work of noAarchitecten. The building of the depot means that the collection can be packed up and stored away properly to be carefully preserved for future generations.

UNESCO has welcomed this initiative by the city, which allows the collections to be preserved in a responsible manner on location. The organisation also appreciates the fact that the new building is a contemporary functionalist creation which interprets the essence of the traditional architecture without explicitly quoting it.
The collection will also be looked after better in the permanent exhibition. Paper is like textile: it cannot withstand lengthy exposure to light and temperature fluctuations.

Museum on the Vrijdagmarkt

The Plantin-Moretus Museum is located on the Vrijdagmarkt, an historic square in the middle of Antwerp’s fashion district, which is experiencing a rapid resurgence thanks to the arrival of new, trendy shops. As a result, the square is becoming more like what it was 400 years ago, the place in the city that was home to the most revolutionary creative industry ever: book printing boomed in this district, where most of Antwerp’s nearly eighty printers were based. That number underlines Antwerp’s predominance as a city of printers, thanks in part to Antwerp’s thriving port. New products and new knowledge arrived here sooner, and scientists came to Antwerp to have their books printed and disseminated from here. Antwerp became a crossroads of knowledge.

The fact that of those eighty Antwerp printing presses that of Christophe Plantin, the largest in Western Europe, has been preserved is a powerful testimony to Antwerp’s glorious history as a city of commerce and knowledge.

The Plantin-Moretus Museum reopens to the public on 30 September.